The Shark Tank project brings together 11th grade English, History, and Math (Integrated Math III) to explore concepts of exponential growth and programming, and analyze how society has responded the four Industrial Revolutions.

Throughout the course of this project, teams harnessed the power of industry 4.0 through the use of a “chatbot” integrated into a website to articulate their understanding of their industry and it’s growth through the four industrial revolutions as well as to make a case for its continued growth in the future.

Students developed, prepared, and marketed an investment plan to pitch to our Shark Tank audience on an industry of the groups’ choosing. Students demonstrated their knowledge of each Industrial Revolution and had their chatbot explain how the inventions and industrial breakthroughs reflect that age. In other words, their project literally spoke for itself. 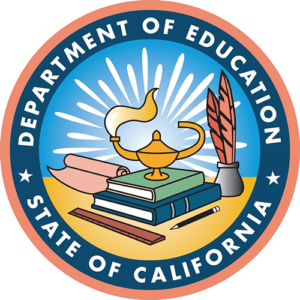 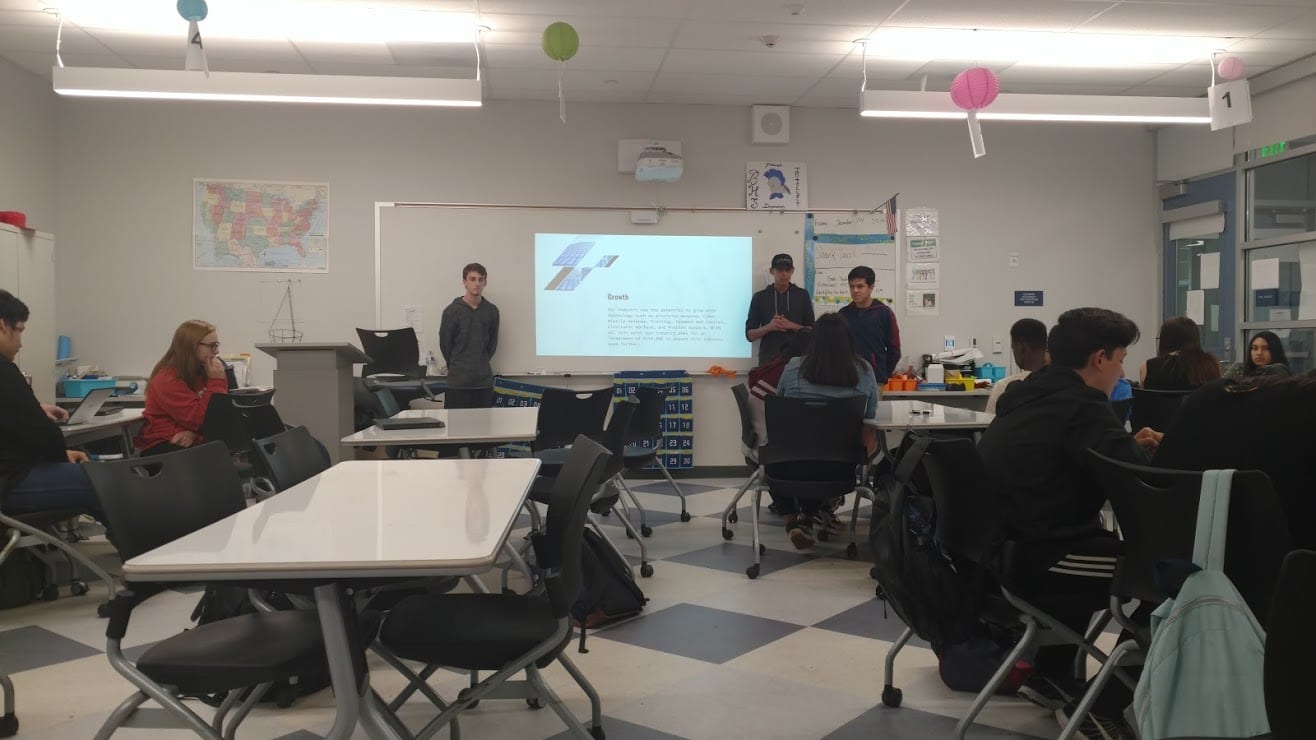 In groups, students created a website that showcased all their products. You can see one of the websites here.

Students also  “pitched” the industry they focused on for investment in a “shark tank”-style presentation.

You can see a photo from one of these presentations to the left.

The Shark Tank project highlights a cross-curricular collaborative effort between 11th grade English, History, and Math classes. These resources outline project timelines and the collaborative effort between teachers. Our initial planning sessions took place prior to the beginning of the school year to identify timelines, benchmarks, and starting dates. Through the course of the semester, teachers met to refine and further develop project resources. During the project, teachers met several times weekly to discuss student progress and adjust timelines.

Shark Tank Cross Curricular Planning Document: This document includes the second round of planning and brainstorming for the Shark Tank project. Use this tool to help incorporate deliverables or project ideas that expand the content to meet student need.

Collaboration Planning Photo: Our first round of project brainstorming focused on timeline and benchmarks (conducted in August)

Collaboration project launch photo 1: Students document “Knows” and “Need to Knows” during the launch of the project to identify key components and develop an understanding of project understanding.

Collaboration project launch photo 2: History and English teacher facilitates a review of “Knows” and “Need to Knows” during the project launch. This process begins in the American Studies classroom and continues into the Math III and Business Math classrooms.

During the Shark Tank project, students used critique protocols and resources to revise and develop higher quality products. Critique provides a critical component to project work and is highlighted in this project as students use this core practice to improve website development and their Shark Tank pitches.

Shark Tank Presentation Rubric: – Students use this rubric in practice runs preparing for their Shark Tank pitch. This same rubric is utilized for assessment during the final presentation.

Shark Tank Critique Follow up Powerpoint: These slides were projected and shared with students following the presentation critique sessions. Students used rubrics, checklists, and slides to revise and rehearse for final presentations.

Shark Tank Audience Rating Scales: Critique: Rating scales include a simplified version of the rubric. Allows audience members during final presentations to give feedback and take notes for presenting team.

Shark Tank Presentation Investment Notes: This critique form is provided to community partners and business members sitting on Shark Tank panels. Each panel member provides feedback and “monetary investment” in the team industry based on the quality of the pitch.

As this project focuses on revolutionary industrial advancements technology plays a big role in not only instruction but also project development. Students develop a website to host their industry information and provide a platform for their respective benchmark products. The chatbot for example, developed in the humanities class, is interactive and can respond to user input. It provides some needed preparation for the culminating “shark tank” pitch when students must respond to audience questions. It also models some of the learning in regards to The Fourth Industrial Revolution and the advancement of AI. The math product, an exponential growth calculator, provides a justification for the industry that the students will be arguing is most worthy of investment. Coded in HTML and based on integrated Math 3 standards this product allows students to grapple with content in an authentic context

Shark Tank Integrating Tech Chatbot Graphic Organizer:This graphic organizer helps students to visually represent their coding for their chatbot prior to developing it using the application Flow-XO. A chatbot is an interactive application websites use to talk with human users. Chatbots are good for answering questions in Q&A formats and are even capable of more sophisticated tasks such as reservations, sales, and more. For the purpose of this project the chatbot will clarify any shark tank investor concerns or initial queries.